As apartment types and sizes become smaller and smaller in Singapore, clever designs that make the most of every bit of space become more important. 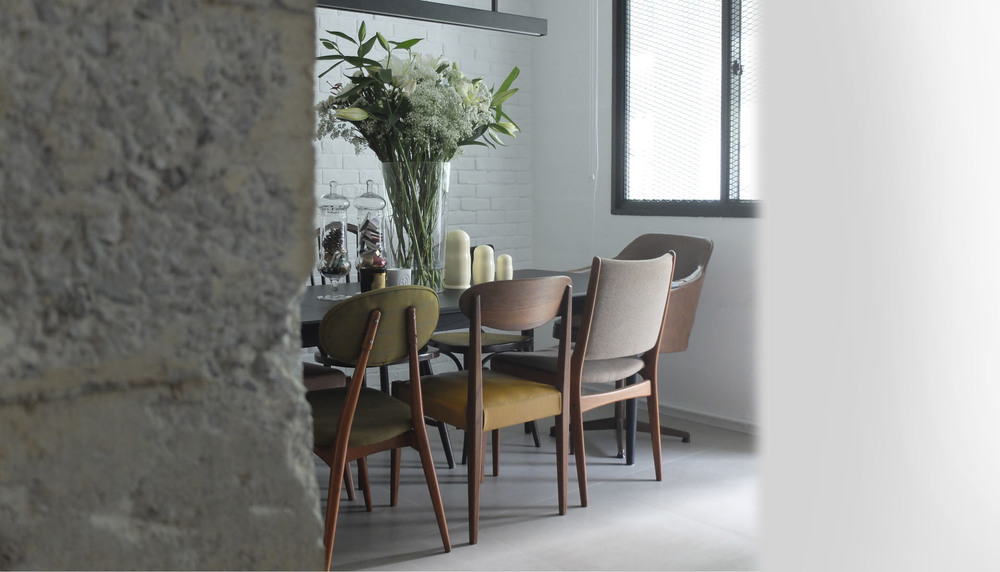 This studio apartment was redesigned by 0932, to create separate spaces for sleeping, lounging, dining, cooking and even for storage.
Using a wall to separate a sleeping, storage and study area (hidden on left) from a cozy lounging area and the entrance to the kitchen space might seem to make the space smaller, but with no enclosing walls, it just creates defined areas. The wall may look solid but it’s actually open as the television can be seen from both sides of the spaces. 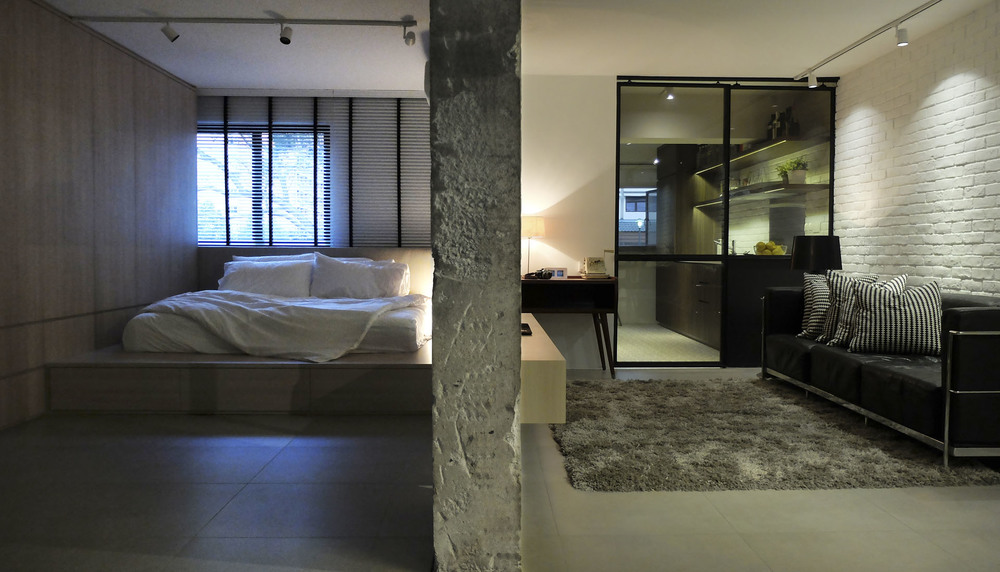 On the same side of the living space is a neat dining area with a stunning Mid Century Modern dining table with miss-matched chairs from the same period. The modern slim-line light fitting over the table echoes the black metal window frames on the right, and the glass partition to the kitchen. 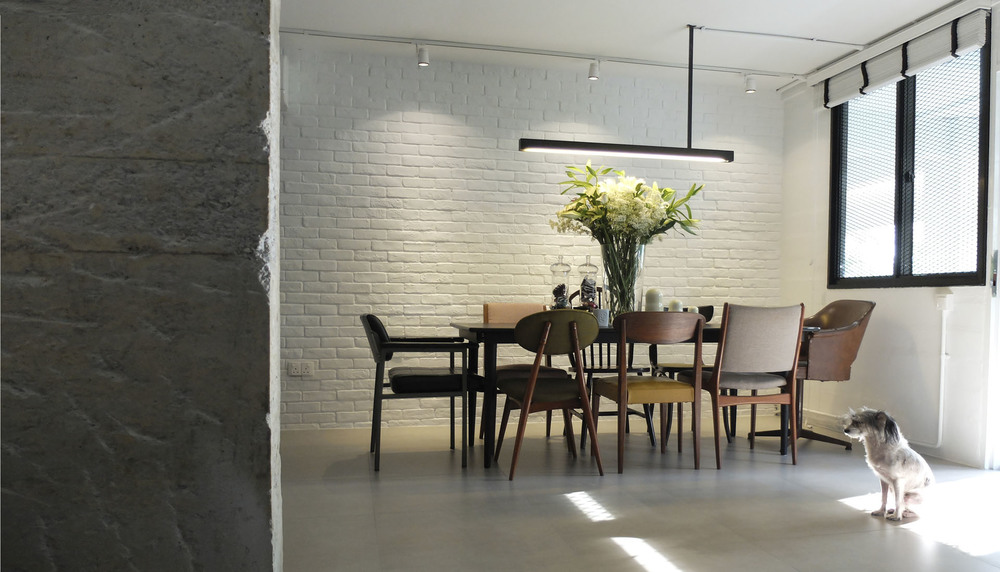 The small galley kitchen is white and bright, offering a contrast from the main living space; additional seating is set up with breakfast nook at the end of the room. 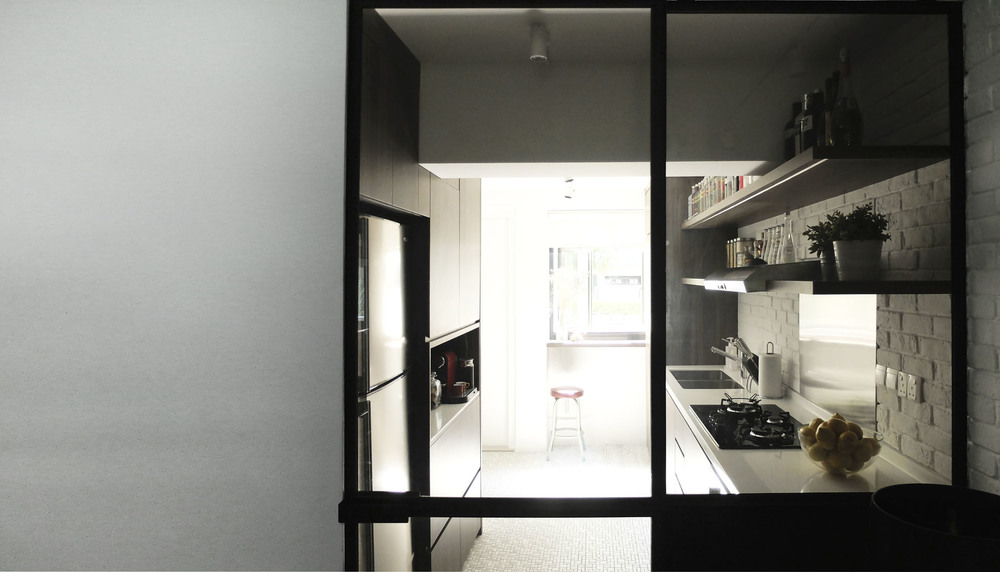 On the opposite of the apartment is a minimalist platform bed with major storage options under and beside the bed. On the left you can see the television pass-through and shelving which opens the sleeping space up into the main room, allowing light from the window to enter. 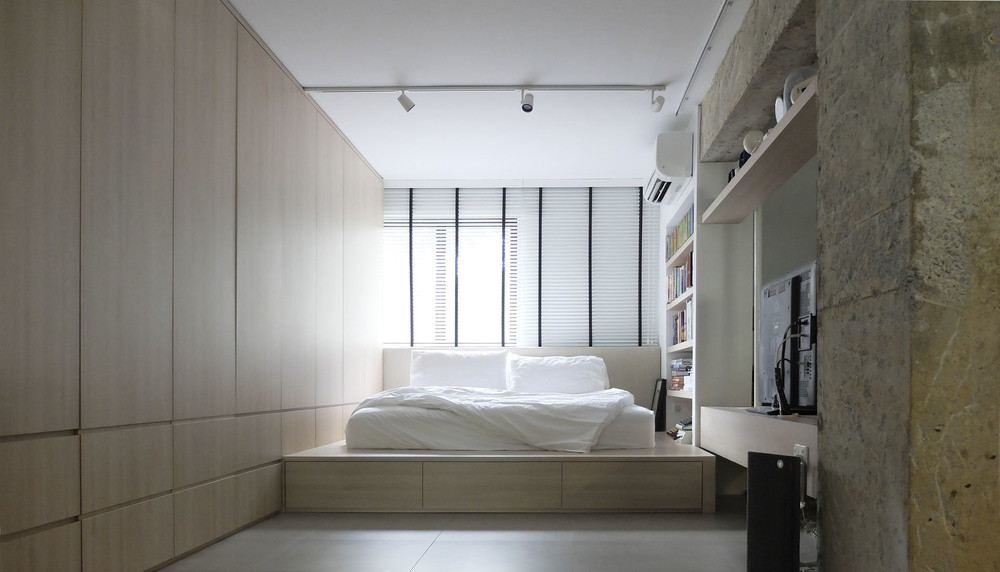 Tucked into the wall next to the bed is a set of built-in shelves for storing books and magazines. 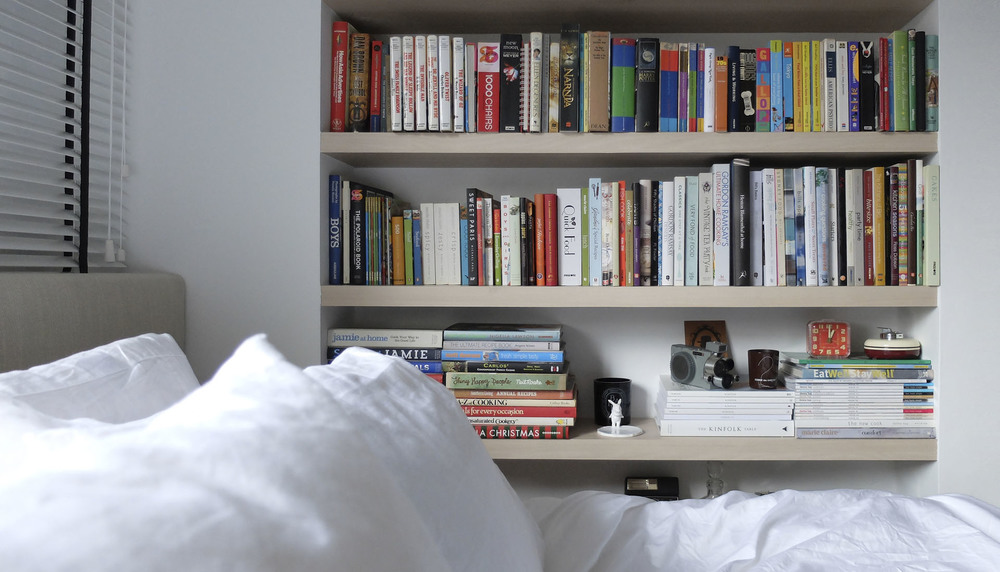 The wardrobes and other additional built-in storage also houses a desk space that can also fold up. 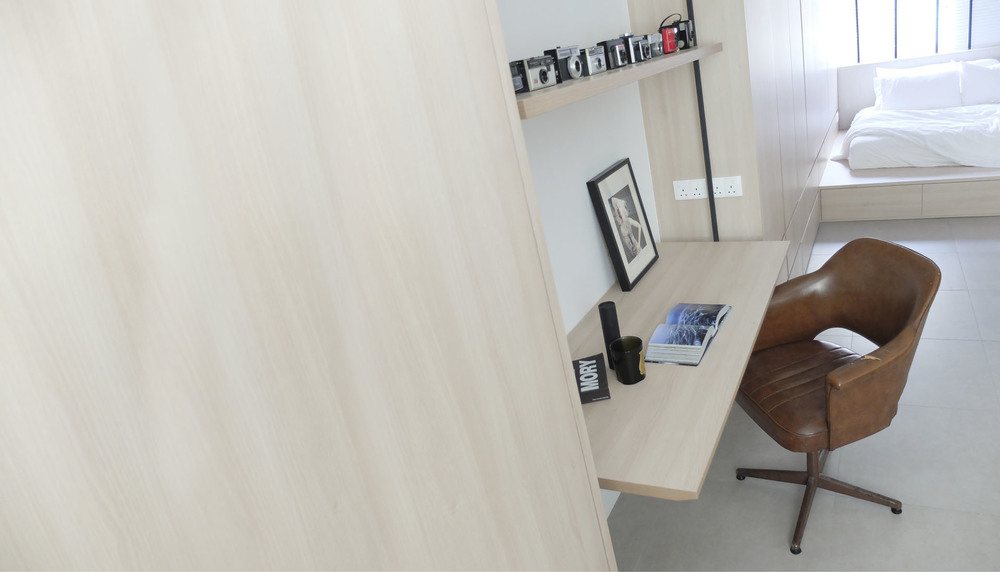 Discover more fresh and exciting HDB interiors; read our stories about a Warm and Funky renovated apartment, or discover 8 Home Renovations under $40k! 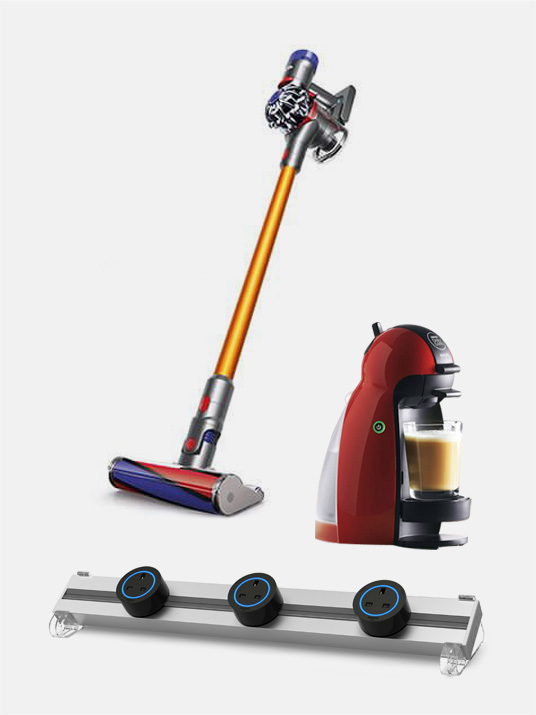